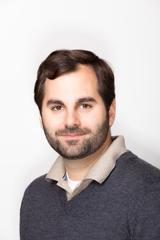 At a recent meeting of the NIH’s Behavioral and Social Sciences Research Coordinating Committee, Michael C. Frank of Stanford University spoke to attendees about the need for more big data to understand early language development in children. His talk, “Early Language Learning at Scale: Bigger Data for Language Development” was well-received. The Coordinating Committee is comprised of behavioral and social scientists from all Institutes, Centers, and Offices of the NIH. The group discusses scientific developments, agency initiatives, and opportunities for cross-Institute/Center collaborations. Six times per year, the BSSR-CC invites outside scientists to speak about their work.

Frank, the David and Lucille Packard Foundation Professor of Human Biology at Stanford University, said that current models of language development “fall short in connecting across timescales to outcomes of interest, practically and scientifically.” Frank is the founder and organizer of the ManyBabies Consortium, and he described his work with the Many Babies Labs which collect data from over 2200 babies in 4 continents, 17 countries, and 68 labs. He also described his work with Wordbank, an open resource for research on children’s vocabulary learning, as well as Metalab, a resource for developmental meta-analysis.

Frank is Chair of the Cognitive Science Society and a former recipient of the FABBS Early Career Impact Award. FABBS facilitated Frank’s participation in the meeting.